Roadside towers have been in place along the Illinois Tollway for several years. Since the 1970s, sites have hosted city, county, state and federal entities, offering fair use of the Illinois Tollway's infrastructure to help improve public safety. In order to further enhance public safety, the Tollway constructed a fiber optic network along its 294-mile right-of-way to support its internal voice, video and data network.

Since 1997, the Illinois Tollway has offered fair, equitable opportunities for cellular companies to co-locate on our tower sites. In 2003, broadband wireless Internet carriers began serving communities surrounding the Illinois Tollway. Cellular, PCS or broadband wireless Internet carriers are not the first to lease Tollway facilities.

During the construction of the fiber optic network along the Tollway, duct and dark fiber capacity was added to all its routes. This duct and dark fiber is available for lease with an indefeasible right-to-use agreement by telecommunications companies, governmental entities, commercial accounts or others.

Additional information may be obtained by contacting G4S Technology LLC at 630-343-2809. 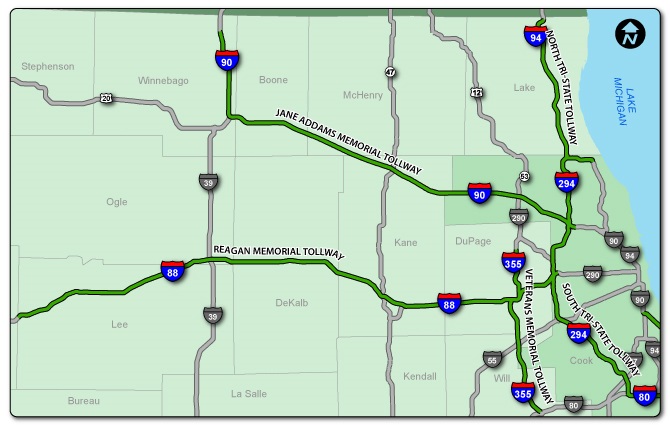 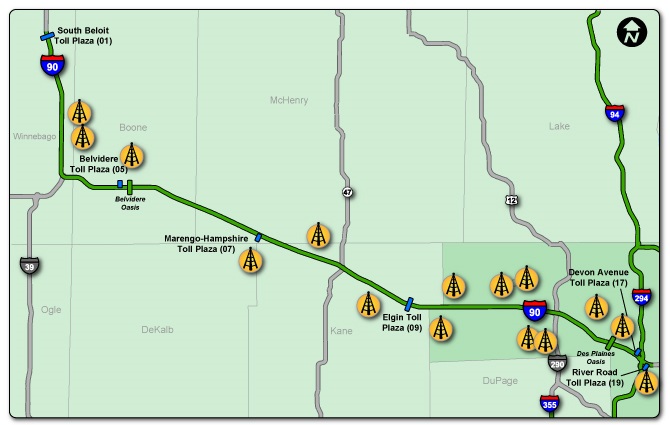 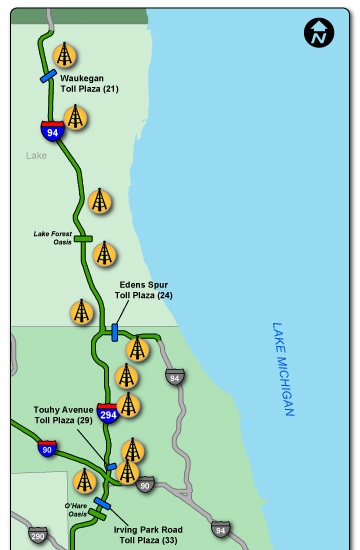 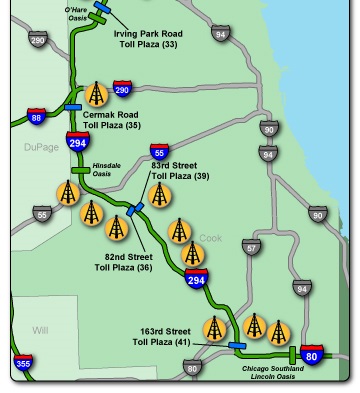