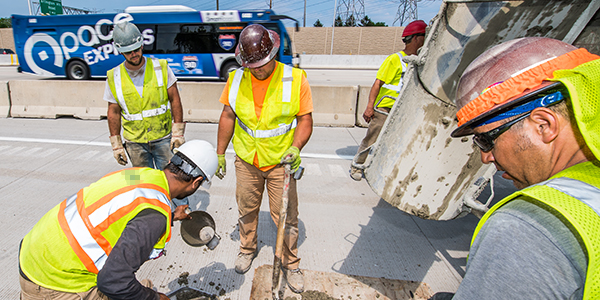 Slow Down. Save Lives.

Gov. JB Pritzker and Illinois State Police are reminding drivers to slow down and take other precautions to protect state troopers and emergency responders stopped along roadways to aid and assist motorists.  So far this year, 14 Illinois State Police troopers have been struck by vehicles when they were responding to crashes and other emergency situations, including Trooper Christopher Lambert, who was killed on January 12 when he was hit by a car while stopped along the Tri-State Tollway (I-294) to assist with a traffic crash. Trooper Lambert’s loss was personal to us—he was assigned to District 15, which patrols and protects drivers on the 294-mile Illinois Tollway system. Safety is the Tollway’s highest priority and that includes doing all we can to protect the men and women of the Illinois State Police, along with other emergency responders and our own roadway operations and maintenance workers who are on the roads every day to assist our customers.  And with construction season beginning, more workers will be out rebuilding and improving our roadways to provide better, safer trips for our customers. The Tollway over the years has continued to emphasize safety, warning drivers to avoid distracted driving and put down their cellphones by insisting they Drop It and Drive, reminding them to See Orange, Slow Down when driving in work zones and, most recently, urging drivers to Give Them Distance when approaching all stopped vehicles that have their hazard lights flashing. We can’t stress enough the importance of slowing down and moving over when you see ANY vehicle on the shoulder with flashing lights.  Our state troopers and roadway maintenance teams are out there to make the roads safer for you. Please show them the same courtesy and #GiveThemDistance.

The Illinois Tollway builds and operates great roads because it has great engineers—and the awards they’ve won prove it. Chief Engineering Officer Paul Kovacs is the latest Tollway engineer to be honored, receiving the 2019 national Outstanding Projects and Leaders (OPAL)...

Every year, the Illinois Tollway submits its annual report to the state of Illinois by March 15 in accordance with the Toll Highway Act. This year, the Tollway prepared a digital report where sections are being previewed on social media channels and posted on the Tollway’s...

Shape the Future of Regional Travel And Earn $50

When you travel around the Chicago area, do you go by car, train, bus or bike? Sharing that information with the Chicago Metropolitan  Agency for Planning (CMAP) will earn you $50—and help shape future transportation projects in northeastern...

Read full articleAboutShape the Future of Regional Travel And Earn $50 »

Slow Down. Save Lives.

Shape the Future of Regional Travel And Earn $50