A detailed planning and refinement process is underway to complete a design concept for rebuilding the Central Tri-State Tollway (I-294). This process includes outreach efforts with customers, communities, businesses and partners to identify regional improvements and continue to refine the design details. As the Tollway moves forward with this planning process, updates on important issue areas and key project elements will continue to be posted to this page.

The proposed concept maximizes the value of investments into the Central Tri-State corridor for Tollway customers and the region. Project elements include:

The Central Tri-State Concept is one of the early phases of the project’s development. This concept includes findings and draft recommendations being considered and evaluated by the Tollway as it moves forward in the reconstruction of the Central Tri-State.

The Illinois Tollway hosted a series of open house meetings in May 2019 as part of the agency’s ongoing work on the $4 billion Central Tri-State Tollway (I-294) Project.

The open house meetings provided the opportunity for the Tollway to share 2019 construction information with customers, residents, businesses and communities.

Status: In accordance with the Tollway’s Noise Study and Abatement Policy, the Tollway is conducting a noise analysis to help assist the Tollway in identifying areas for additional noise solutions. The policy outlines specific measurements and considerations that all factor into proposed noise abatement measures.

Status: Throughout the planning process, the Tollway is working with the communities along the corridor to understand and identify local concerns and regulations, which help determine right-of-way needs. Once the needs are identified, the Tollway begins a land acquisition process following the Tollway’s Land Acquisition Policy to ensure property owners are treated fairly and equitably.

Status: The Tollway's leadership is committed to fostering environmental responsibility and sustainability in everything the agency does. As part of the planning process for reconstruction of the Central Tri-State, the Tollway is working with local communities and partners to address stormwater issues, improve regional flooding and identify mutually beneficial solutions.

Status: DuPage and Cook Counties are now leading access studies for various sections of I-294 in partnership with the Tollway and local municipalities. These studies will analyze travel patterns and evaluate potential new access locations.

Process in evaluating and studying the Central Tri-State

Where We Are Going

The Tri-State Tollway was originally constructed in 1958. While the northern and southern portions of the Tri-State Tollway have already been reconstructed and improved, the Central Tri-State has continued to make due with repairs multiple times over the years in a patchwork fashion, leaving original pavement and bridge structures in need of critical repairs. 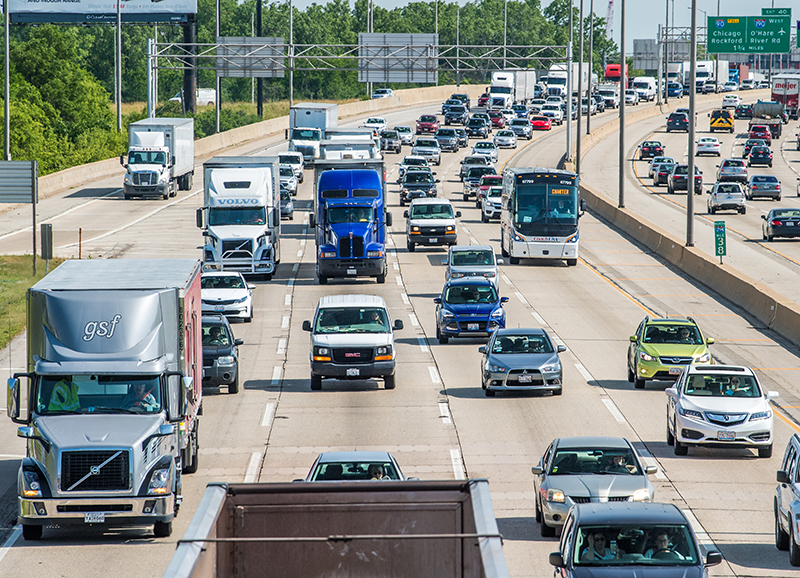 The Tollway Board Responds

On April 27, 2017, the Tollway Board of Directors directed staff to expand the Move Illinois capital program by $2.1 billion and advance a proposed $4 billion recommended concept to improve the Central Tri-State.

The original Move Illinois Program included $1.9 billion to replace the old pavement and bring the roadway, bridges and ramps into good repair. After further review of the corridor and discussions with local communities and external stakeholders, the Tollway determined that the Central Tri-State is too vital to the Tollway system and the Chicago region to reconstruct without making improvements to address traffic congestion, access, flooding and freight concerns. Reconstructing the roadway without making any additional improvements would leave the segment incapable of accommodating current and future travel needs.

To address recurring congestion and projected future traffic increases, an alternative concept was recommended to the Tollway Board of Directors that would add lanes along the corridor where vehicle use justified additional capacity. The recommended concept will address regional transportation needs and provide additional benefits to Tollway customers and the communities along the corridor without requiring a toll rate increase. 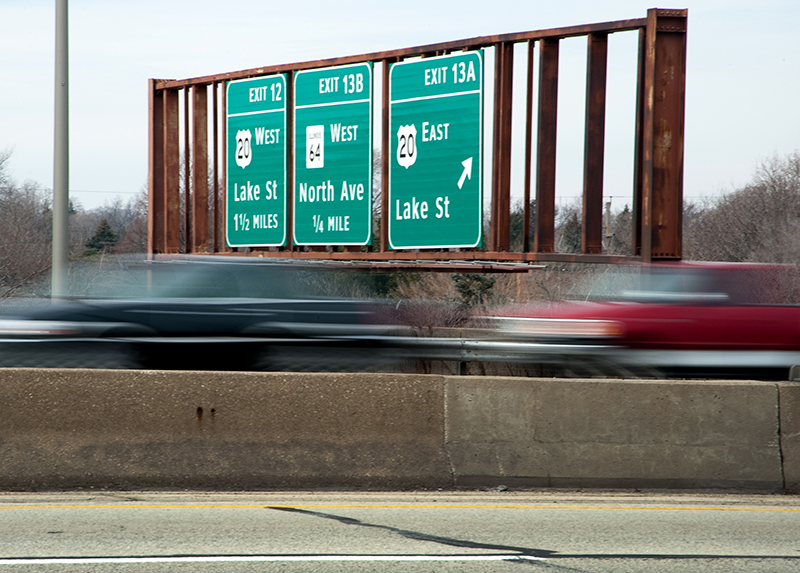 Where the Conversation Started

As the Tollway embarks upon this major reconstruction project for the Central Tri-State, the Tollway established the Central Tri-State Tollway (I-294) Corridor Planning Council to help develop a common understanding of the issues and concerns that should be considered as the Illinois Tollway prioritizes its investments. This Council is made up of local elected officials, communities, regional agencies and other key stakeholders.

In addition to the Corridor Planning Council, the Tollway will continue to engage the public in a variety of activities to provide information and answer questions throughout the planning process. Activities may include but are not limited to open houses, public meetings, customer surveys, community briefings and direct engagement with residents and businesses throughout the corridor.